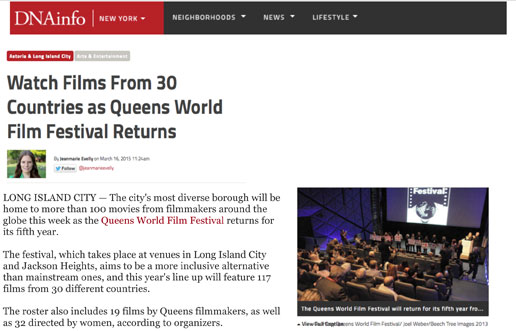 The festival will also showcase the work of more than a dozen Queens filmmakers.

Among them is “Eulogy,” a short film from Astoria writer and director Don Capria about a man who returns to his home in the Bronx during a furlough from prison to deliver a eulogy at the wake of his brother, whose crime he’s serving time for.

The cast includes actor Federico Castelluccio, who starred in “The Sopranos.”It will screen Friday, March 20 at The Secret Theatre.